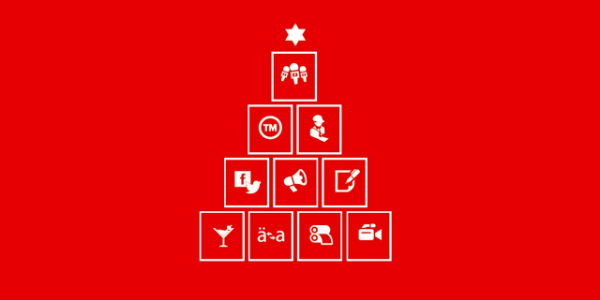 Christmas message: get personal, not personalised

Don’t let anyone convince you PR is all parties and presents. Popping into the office on the Tuesday before Christmas, a single solitary envelope awaited me in the mail room.  It was a Christmas card from someone I had worked with briefly during the year, handwritten with a simple (but relevant) goodwill message inside. It was the kind of communication which companies up and down the country have opted to forego in recent years. If such cards were still the rule, I might have scarcely noticed it, but as it was, I thought “God, it was thoughtful of him to do that”. Just the sort of reaction you would want from a 65c investment in a stamp, a €1.50 investment in a card, and a 2 minute investment in putting pen to paper. A good return.

Then I switched on my computer to be greeted by 11 festive e-cards, neatly lined up in Outlook, most of them addressing me in some way. I can’t remember who any of them were from.

Ultimately one communication was personal, the other just personalised – and there’s a world of difference between them. I get it that charities benefit from companies deciding to donate rather than send cards, but I really don’t see why one needs to exclude the other. We’ve all grown up with the magic of Christmas cards and brands are missing a trick by not tapping into the emotional goodwill they bring out in us.

Until everyone starts doing it, of course. Then it will be time to take another look at e-cards. Personal ones, though. 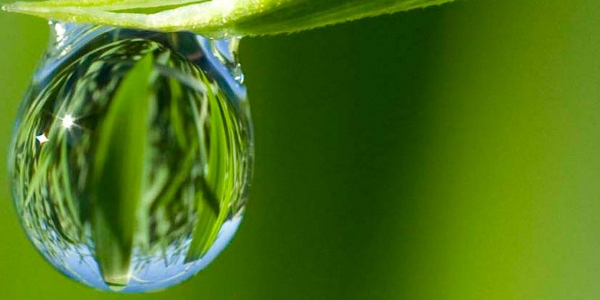 Exercise more. Wear your seat belt. Cook your food properly. Don’t litter. Many question whether the lavish public awareness campaigns we see on TV and press stating the blatantly obvious aren’t just an utter waste of taxpayer’s money. They’re really a way for quangos to justify their existence, and feed their public relations agencies. And it all smacks of the nanny state gone mad. So they contend.

Events of the past month should cause them to reconsider this view. Fine Gael’s Fergus O’Dowd (who helped set up Irish Water)  struck a blow for the public relations industry when he attributed much of the flak and resistance to water charges to Irish Water’s failure to win over the public to the concept of paying for water. I think he has a point. The entire episode has been noticeable for the absence of a public awareness campaign about why paying for water is a good idea. I may be wrong, but all I recall seeing was a turgid registration booklet tersely advising how I sign up for the charge, and requesting my PPS number. No talk of the reasons behind a water charge, or of how we need to conserve the most precious asset we have on earth.

A water tax will never be welcomed, and Irish Water as an organisation and brand has clearly got off to a spluttering start. I’m not alone in having no objection to paying for water in principle. But I would like to have been told how the money is being spent, and how this tax will ensure this precious resource is secured for the future. This was surely one instance where investing in bringing the public on-side might have paid dividends.   PR sceptics take note!

Writing better copy: you know you should

While it was nice to be asked to speak to an audience of SMEs at the recent Put your Business in the Frame Breakfast Event in Chartered Accountants House, the real value for me was in hearing the speaker after me. Robert Hayes McCoy, copywriter extraordinaire, had some enlightening insights into how consumers read copy, and how communications professionals should adapt what they write as a result.

I don’t pretend to do it justice, but I scribbled a few notes from Robert’s presentation which I’d like to share.

Thankfully I stopped where I did in that opening paragraph, because Robert insists that 6-line paragraphs are the absolute maximum if we want to retain the reader’s interest.

For the rest of the piece I’ll have to start using the ‘you’ form: Robert says the “U count” is all important. This is based on the altogether selfish principle of WIIFM – What’s In It For Me. If you’re saying ‘we’ instead of ‘you’ too often, you can be sure you are losing the reader. Be careful that your copy consistently uses the direct form of address.

Don’t be tempted into reaching for a smaller typeface just to squeeze in all that content … chances are you’ve said enough and remember, money can be short-sighted. In other words, as people get older they get wealthier – and so better customers – but they just can’t see as well! Keep that inverse relationship in mind.

“Magic dies young”. I love this, because I can relate to it. Words like Free! And Win! are important in your quest to engage the reader – there’s the WIIFM principle again for you. But don’t overdo it, as the magic wears off the hyperbole quite quickly.

Interestingly, while you might categorise good old Times Roman as a bit old-fashioned or uninspiring, it is more easily read than say Arial, because it is a serif font (i.e. it has feet). This helps you read it more quickly, apparently, and that’s a good thing.  It’s why newspapers use it, says Robert. I’ve never liked right-justified text, so I was glad to hear that it should be avoided. It might look nice and neat, but it is too hard to read. As are capital letters.

Finally, a picture may tell a thousand words, but in doing so it does take the attention off the copy, and you might not want this.

Clients tend to have lots to say about their business or products, and it will always be a struggle to impose copywriting style over content. Yet each of us is aware that every day we ourselves avoid copy that is overly long, convoluted or uninviting. Why do we think our customers are any different? 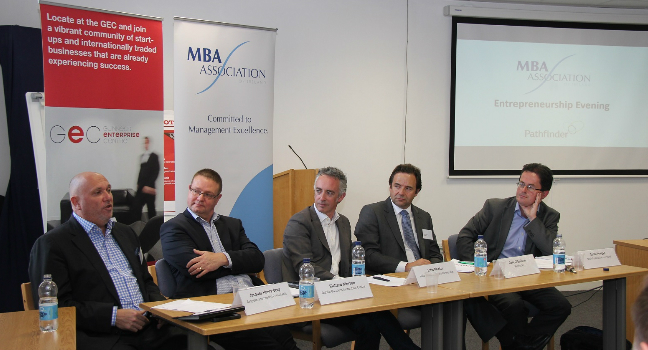 Three to look out for

Being based in the Guinness Enterprise Centre, you come into contact with lots of great and even not so great businesses and business ideas. In organising an event on entrepreneurship for the MBA Association of Ireland a few weeks back, I was able to watch three of the best pitch their wares to a dragon’s den of cold-hearted MBAs out for the kill. Well, not really: in fact all were immediately seduced by the standard of presentations and by the businesses themselves.

Like most good events, it forced you to look into yourself at some level:  would I have ‘got’ these ideas if put to me two years ago, or would I have dismissed them out of hand? In the two of the three cases, it would have been the latter, I’m afraid. And I’d have been quite wrong.  That’s entrepreneurship for you. 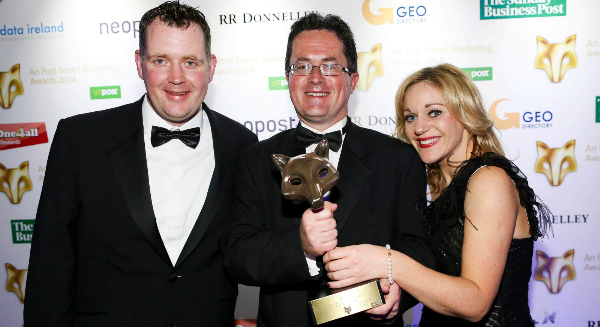 Smart way to capture a fox

Ok, I’m hardly impartial, having just scooped Gold in the An Post Smart Marketing awards in the Mansion House this month, but I am pretty impressed with the branding around these gongs. As I write, a fox sits proudly atop my filing cabinet, imperiously overseeing all that goes on in the office. I can’t imagine a trophy attracting more comment, and the association is an apposite one: no, not cute, not sly, but smart. It’s a very contemporary value that just about everyone in marketing aspires to, especially in these cost-conscious times.

Winners were quickly talking about claiming ‘several foxes’, and that’s a measure of how easy it is to identify with this gong compared to your typically anonymous trophy. Watch this gather traction in the years to come. And well done to the guys at Designyard.

And since you’re asking, how does one capture a fox? In our case, by using the An Post smart new Admailer tool, which allows for cost-and time-efficient dispatch of direct mail to residents or businesses within a geographical area that can be marked out using an online pencil. It worked for Fort Motor Group in attracting corporate customers to a business evening, and so the fox was ours.

Now, anyone know how to hold on to a fox??